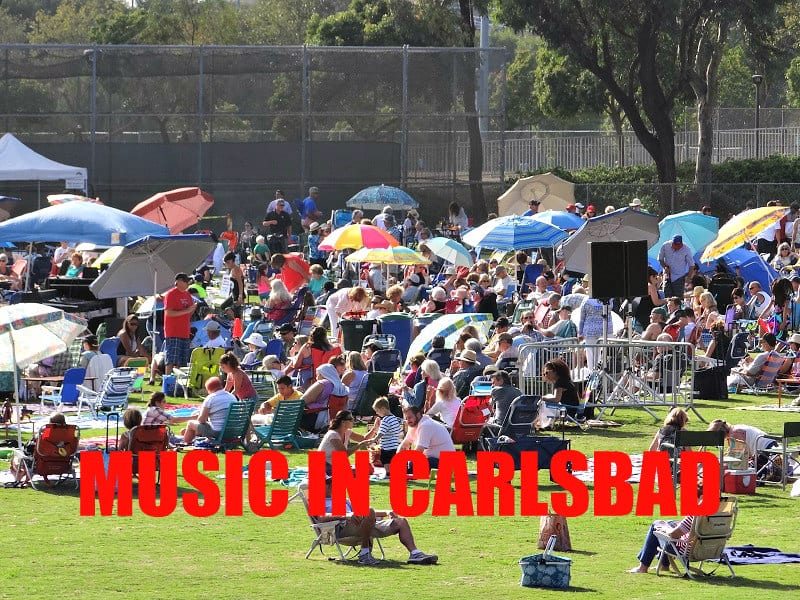 The 16th Annual Carlsbad Music Festival, a very popular musical event with both free and ticketed concerts, will take place in Carlsbad Village on August 2nd, 3rd, and 4th, a little over 2 weeks from now.

The 2019 Carlsbad Music Festival, is always a crowd pleaser, offering “adventurous music by the beach” (according to their website), with multiple ticketed and free concerts featuring numerous individual artists and groups (more to be announced per the website).

There are ticketed Mainstage performances as well as numerous FREE concerts at various locations around town, to be announced.

St.Michael’s By-the-Sea, at 2775 Carlsbad Blvd., is the hub of the Carlsbad Music Festival with 4 venues including the lawn. The Chapel at the Army and Navy Academy right down the street (heading north) is another venue. Here is the current full schedule (but subject to change)!!

Carlsbad has a well-known reputation as an arts community, with multiple arts and crafts fairs and festivals, the city-owned Cannon Art Gallery, the free TGIF Concerts in the Parks series (9 concerts on successive Fridays) in the summer, the Museum of Making Music and multiple concerts, the New Village Arts Theater, and so much more.

The Carlsbad Music Festival has received regional and national acclaim for the talent and innovation of the performers, and no doubt the tradition will continue in 2019.

And in addition to creative music you can experience an artisan market, food court, pop-up art, and a beer garden on Saturday and Sunday, all in a beautiful coastal community setting a short distance from the Pacific Ocean.

There are multiple ticket options including VIP. Buy your tickets online.