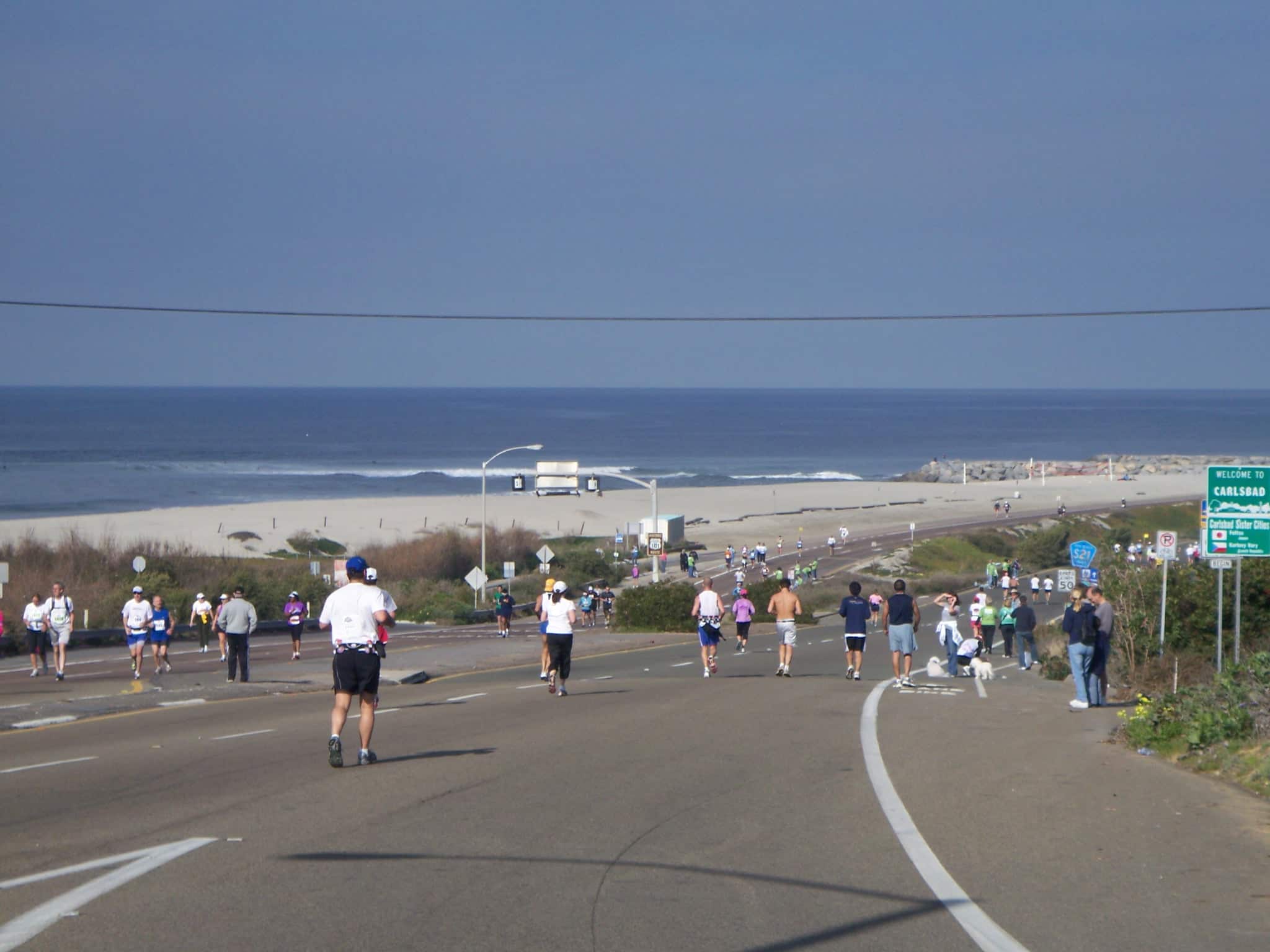 The Carlsbad Triathlon is said to be one of the 5 longest-running triathlons. This annual world class event, the 36th this year, attracts first timers, amateurs, and elite athletes from around the US and the world.

The 2017 Carlsbad Triathlon is Sunday July 9th and there’s still time to register (price goes up after June 30). The Triathlon starts at 7:30 am at Tamarack Surf Beach, at 3900 Carlsbad Boulevard, about a mile south of Carlsbad Village.

The 2017 course for the Carlsbad Triathlon begins at Tamarack Surf Beach as always. The sprint distance Triathlon starts with a 1K swim (ocean), a 25K bike ride (a two-lap course with rolling hills along the ocean, a beautiful and scenic ride), and a 5K run, so it’s significantly shorter than some better known triathlons and the course is “mostly” flat.

As in the past, the Carlsbad Triathlon for 2017 will include a Lifestyle and Fitness Festival with a wide range of vendors, on Saturday July 8th, at Pine Avenue Park at 3333 Harding Street near Carlsbad Village from 10 am until 2 pm; hours on Triathlon Day are 6 am until 12 noon.

As with all our popular Carlsbad running events there are plenty of road closures, making the triathlon safer, including portions of the coast road (Route 101/Carlsbad Boulevard) where the running takes place (from just south of Carlsbad Village Drive to La Costa Avenue in Leucadia), some of the same route as the famed Carlsbad Marathon.