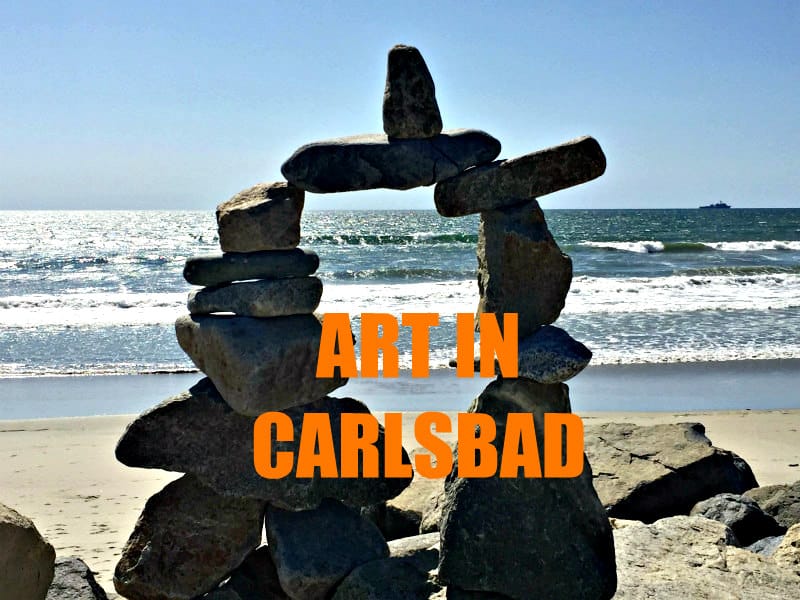 I was out running errands in the Village the other day and took a few minutes to spend time on the Coast Road and taking some photos of the beach on a beautiful day…so many are, aren’t they?

Rock sculptures often appear just south of Tamarack Beach after you cross the jetty where the Agua Hedionda Lagoon and the ocean meet right before the parking begins.

There is quite a pile of rocks there, and plenty of inspired souls have created rock sculptures at different times…it was sometime last year I happened by and there had to be more than 20 of them. And then they all disappeared.

There were only 2 this time but this one in particular was rather clever, don’t you think?