Jeune et Jolie has been making a name for itself since it opened only a few years ago. The restaurant received a Bib Gourmand award from Michelin in 2019. Jeune et Jolie were also named one of Esquire’s 20 best new restaurants in America in 2019. 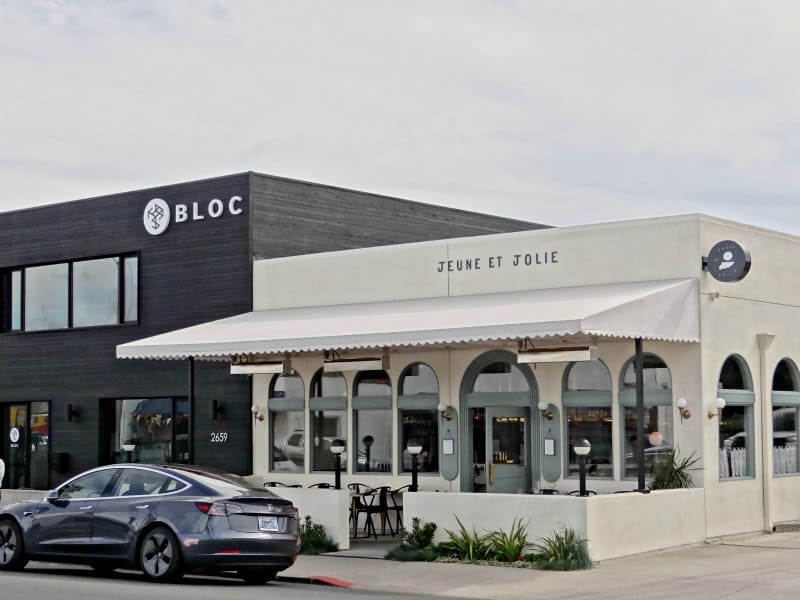 Jeune et Jolie offers creative French cuisine, with indoor and outdoor seating. There’s also a Raw Bar with a focus on oysters. The 4-course fixed price dinner menu at $85 offers 3 selections for each course. Diners can also take advantage of optional wine pairings for $55 and $75. Reservations are recommended, especially on weekends. And they are likely to get even busier now that they have the Michelin Star.

Why not spend a late afternoon exploring Carlsbad Village? Then delight yourself with a fine meal at Jeune et Jolie? I’ve been for dinner a couple of times, although it’s been a while. I don’t think you will be disappointed! And things just seem to be getting better and better.