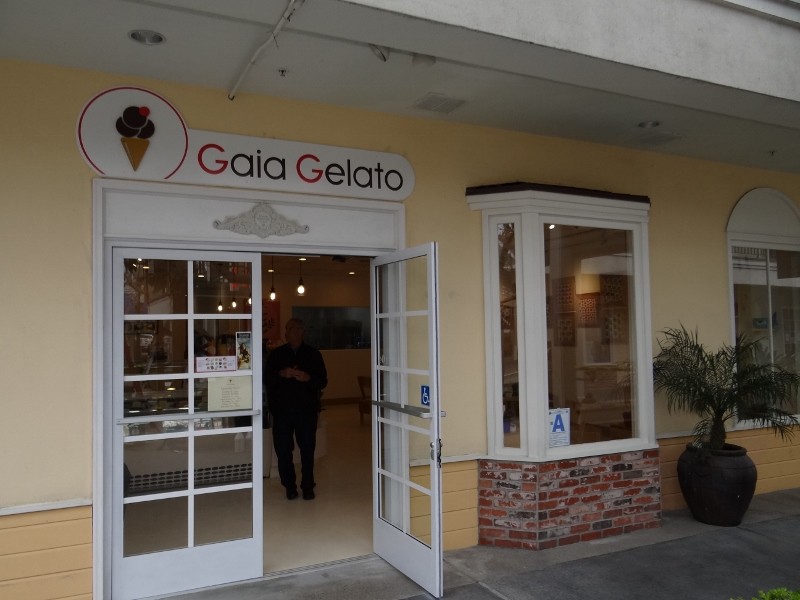 Gaia Gelato, which opened in the Village Faire in Carlsbad Village in March 2015, is a real gem. If you’ve been you likely know that already.

NOTE – the name has changed, they are now GelatoLove as of 2019.

I know it’s wonderful because I’ve been there several times, the first time soon after they opened (that was a dish of ginger chocolate gelato) and just the other day for a dish – OK, I confess it was small – of Marzipan chocolate.

Gaia offers a charming and contemporary setting in the center of the Village Fair, with equally charming owners, cousins Paola Richard and Cristina Amoroso, who makes the gelato (she went to school in Perugia to learn!).

This is the real deal, made in the store by equipment imported from Italy and using local ingredients including the famous Carlsbad mineral water which makes the gelato extra special.

It’s easy to find more than one flavor that you will love, from the ever-changing display of granite, sorbetti, and gelato to keep up with seasonal changes. And they keep adding new flavors.Thus your only option is to keep coming back to sample all of them and figure which IS your favorite.