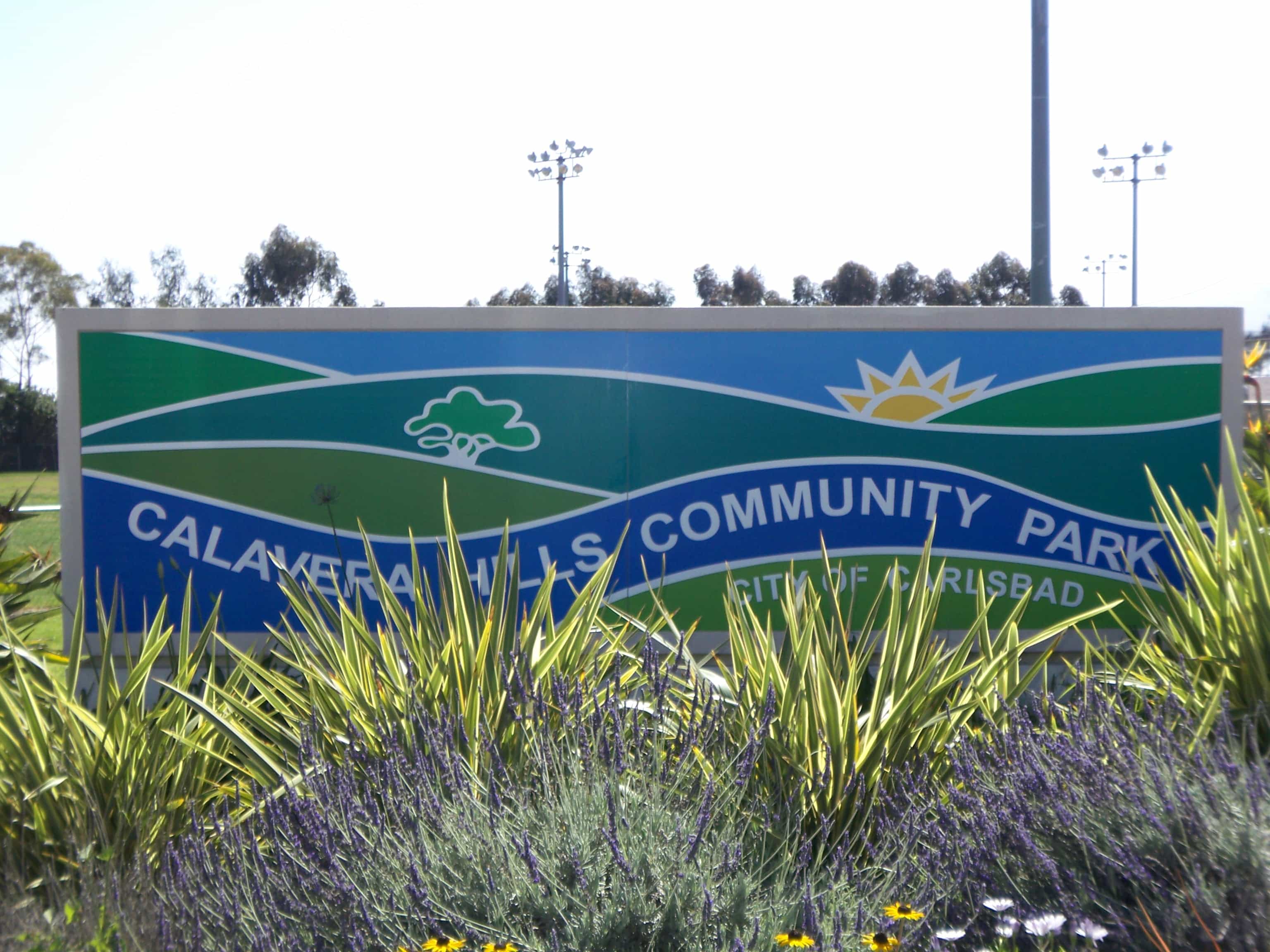 Carlsbad is located about 35 miles from San Diego, and Calavera Hills is situated on rolling hills in the northeast corner, about 4 miles to the east of Carlsbad Village and adjacent to Oceanside.

Residents like Calavera Hills for a number of reasons, which include the overall location, views, and affordability, as compared to other planned communities, plus the Carlsbad Schools.

Calavera Hills is a newer community, with the newest homes constructed in 2007 and soon after, but there are some small condo communities like The Trails, The Villas, and The Cape, that are part of the general area. Calavera Hills offers wonderful views of nearby hills (including Mount Calavera), the back-country and valley, and also offers some homes with distant westerly ocean views. There are miles of nature trails to explore, abundant open space, and several swimming centers, small parks, and tot lots.

The Calavera Hills Community Park is at the heart of the Calavera Hills neighborhood, with a ball field, tennis and basketball courts, a gymnasium and activity rooms in the community center. Another plus for area residents are 3 of the 9 free TGIF Concerts in the Parks summer concerts.

Calavera Hills is handily located near amenities in Carlsbad Village (abundant shopping, restaurants, and services; the Coaster and Amtrack, fairs and festivals), and not far from Legoland. The larger city of Oceanside is just to the north, offering a large assortment of shopping (including the big box stores like Best Buy, Staples, Home Depot, Walmart), dining and services.

The beautiful Carlsbad beaches lie approximately 15-20 minutes to the west. Residents of Calavera Hills can enjoy golf at the Omni La Costa Resort and Spa and the Park Hyatt Aviara Resort, the public golf course at The Crossings (off Palomar Airport Road), and a second public golf course at Rancho Carlsbad on El Camino Real south of College.

Hiking enthusiasts will enjoy Mt. Calavera, which can be easily seen from many homes in Calavera Hills, or the trails around Lake Calavera.